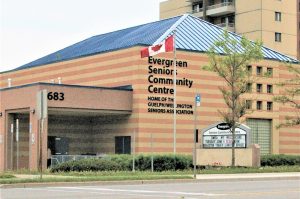 The Guelph Wellington Seniors Association is one of the largest seniors organizations of its kind in Canada, providing diverse programs, activities, and services to Guelph and Wellington County.

The GWSA is an active participant in the Older Adult Centres Association of Ontario (OACAO), and a member of PIN (The People and Information Network).

We are a not-for-profit corporation and a registered charity, managed by a volunteer Board of Directors, with support from GWSA staff and hundreds of dedicated volunteers.

The GWSA partners with the City of Guelph in the operation of the Evergreen Seniors Community Centre, a state-of-the-art recreation facility. We  also operate in other locations, including the West End Community Centre and elsewhere, depending on interest and resources. 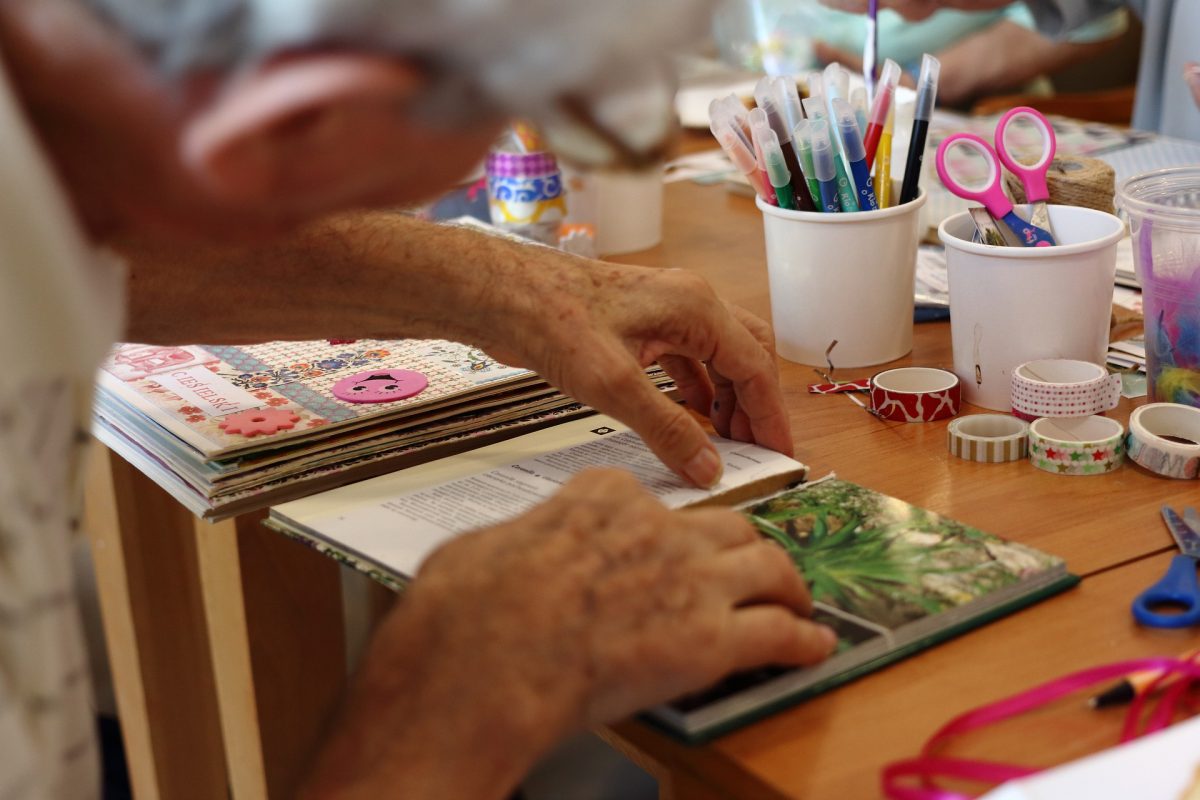 The GWSA provides programs at the Evergreen Seniors Centre and other facilities throughout Guelph and Wellington. We are always interested in expanding our activities to diverse groups.

We offer activities to promote learning and strengthen our minds and bodies while encouraging social interaction. There is something for everyone at the GWSA regardless of ability.  All Activity Groups are open to all GWSA members 55 years of age or older.

Our association also offers a wide range of services, including specialized support for many vulnerable seniors.  Check out the many activities and services from the main menu. 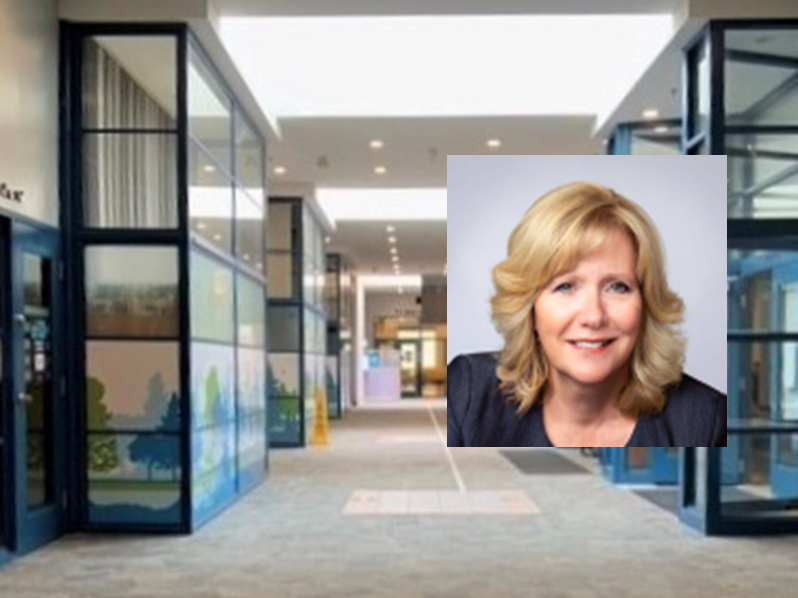 The Executive Director is responsible for the day-to-day operations of the Guelph Wellington Seniors Association, and reports to the Board of Directors. 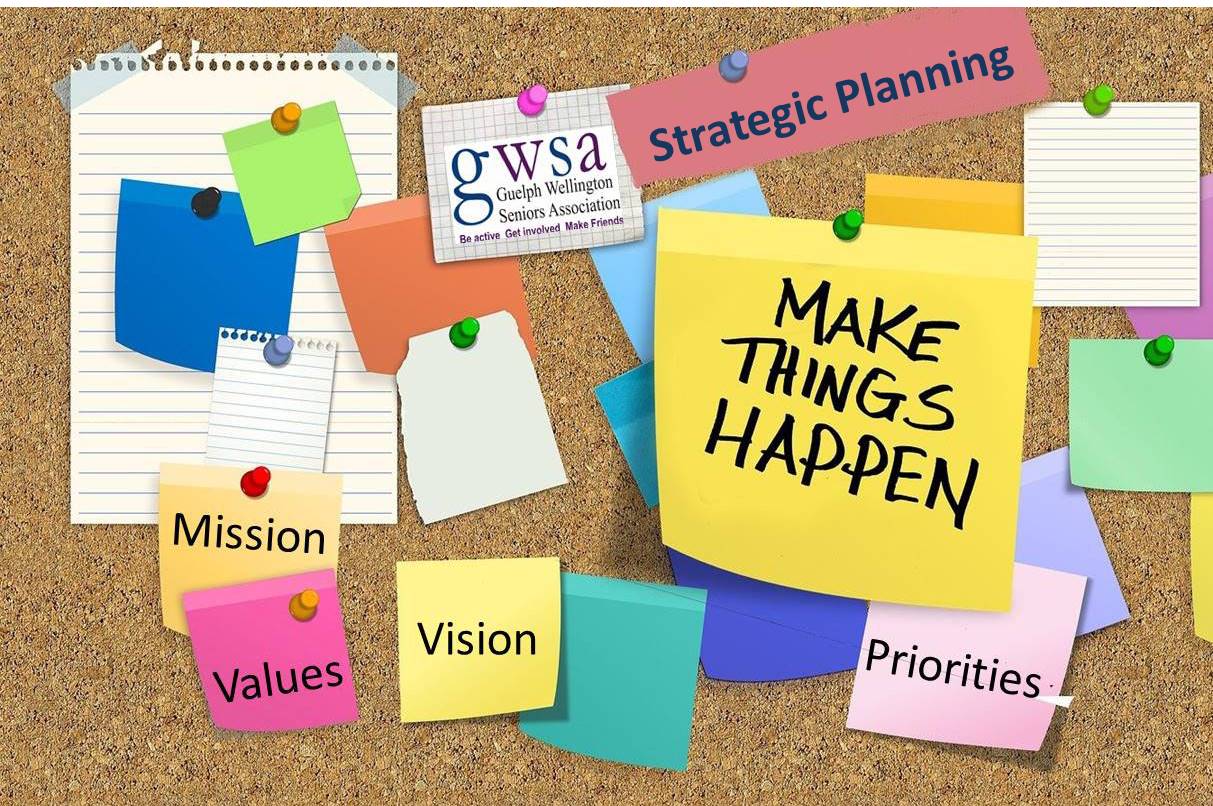 The GWSA is committed to a future that is progressive, accountable, and innovative in providing services to the older adult community.

To enable older adults to be active, involved, make friends and age with dignity. 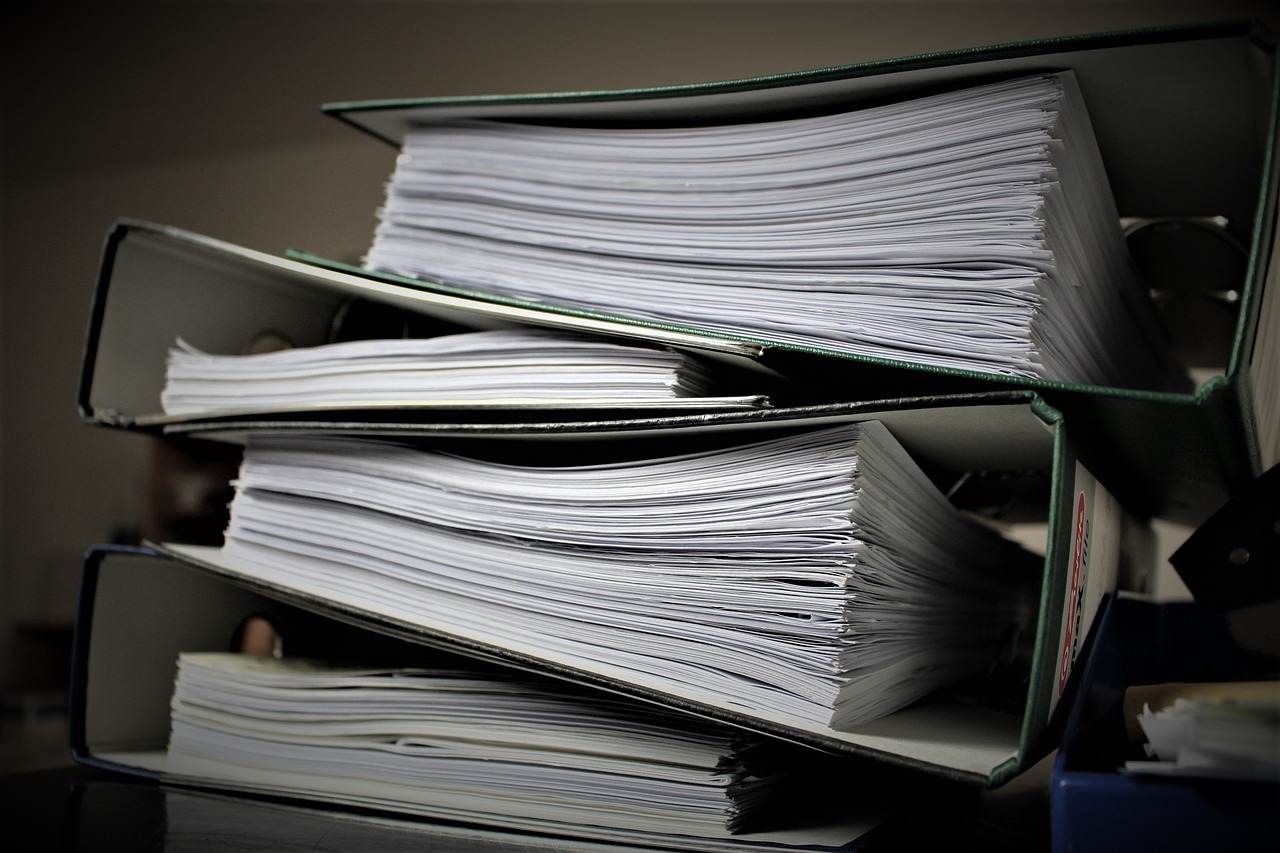 The by-laws are approved by the members of the GWSA at its members meetings.

Policies are approved by the Board of Directors in accordance with the by-laws. They include the policies and procedures, Committee terms of reference, position descriptions; and, associated appendices. 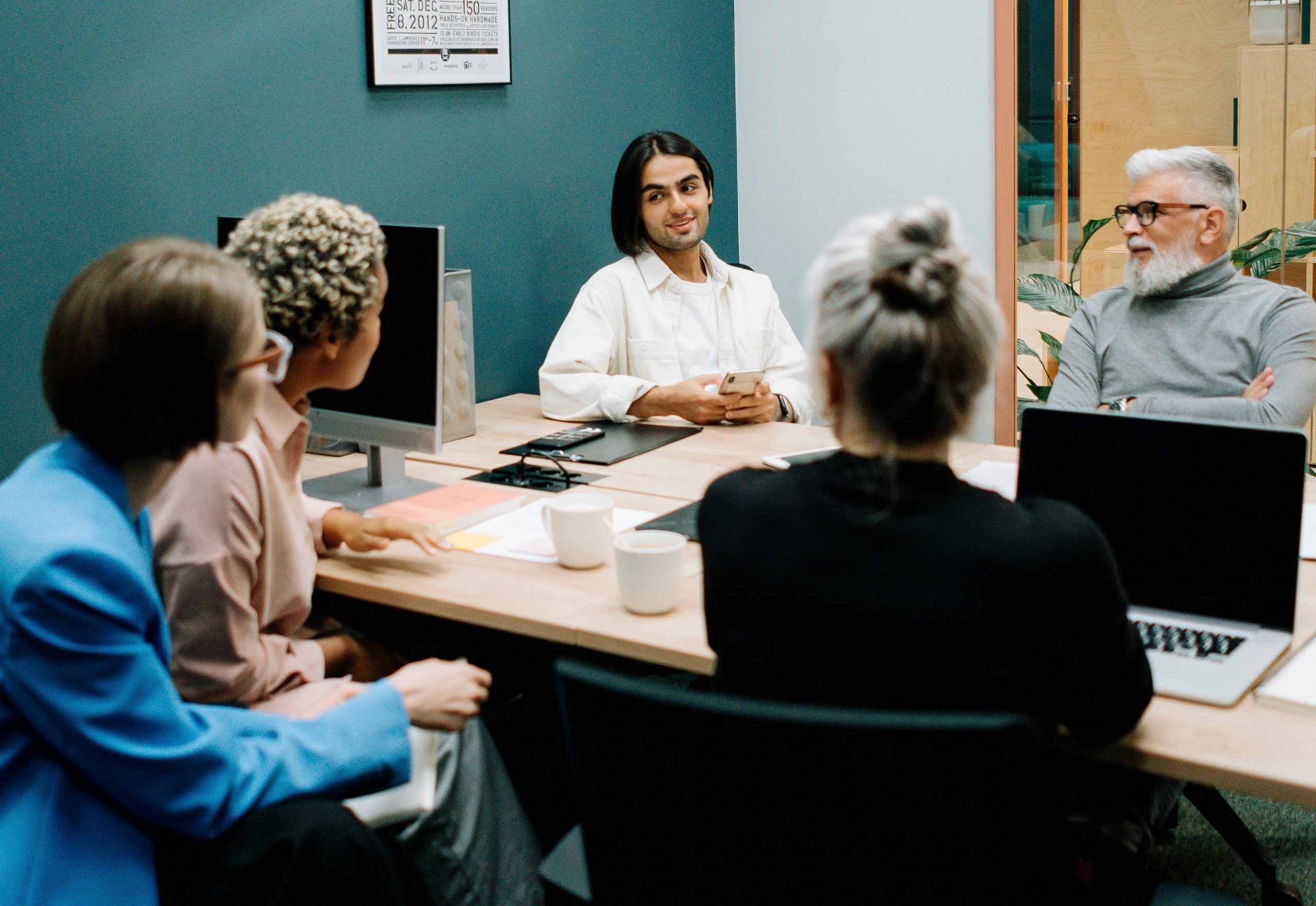 Standing Committees of the Board are a rewarding way to become involved as a volunteer with the GWSA. You will learn more about how the organization works, and have the opportunity to influence decisions and directions about this busy organization.

We are often looking for members with life and work experience or specific skills that can help us provide the best possible service to our members.  Most Committees involve a few hours of time each month, and offer opportunities for leadership roles for those interested. 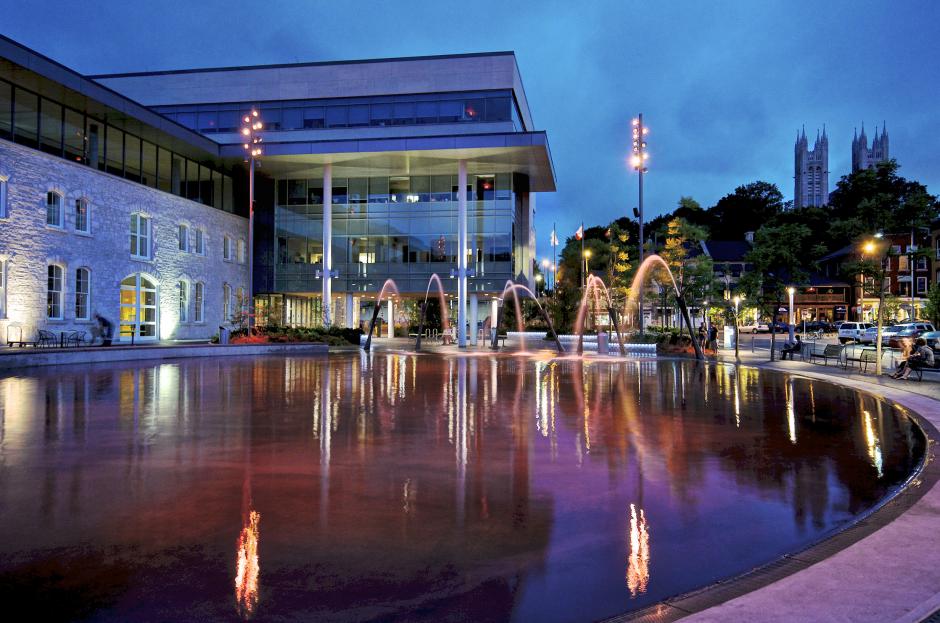 The Board appreciates the work of all City of Guelph staff who work closely with us and help with the Board of Directors,  GWSA Committees and services to members.

Contact City Staff by calling during the Evergreen Seniors Community Centre Hours of Operation. You can also send a message to staff by using the Contact page.

More information on City staff and services at the Evergreen Centre is available through the link below. 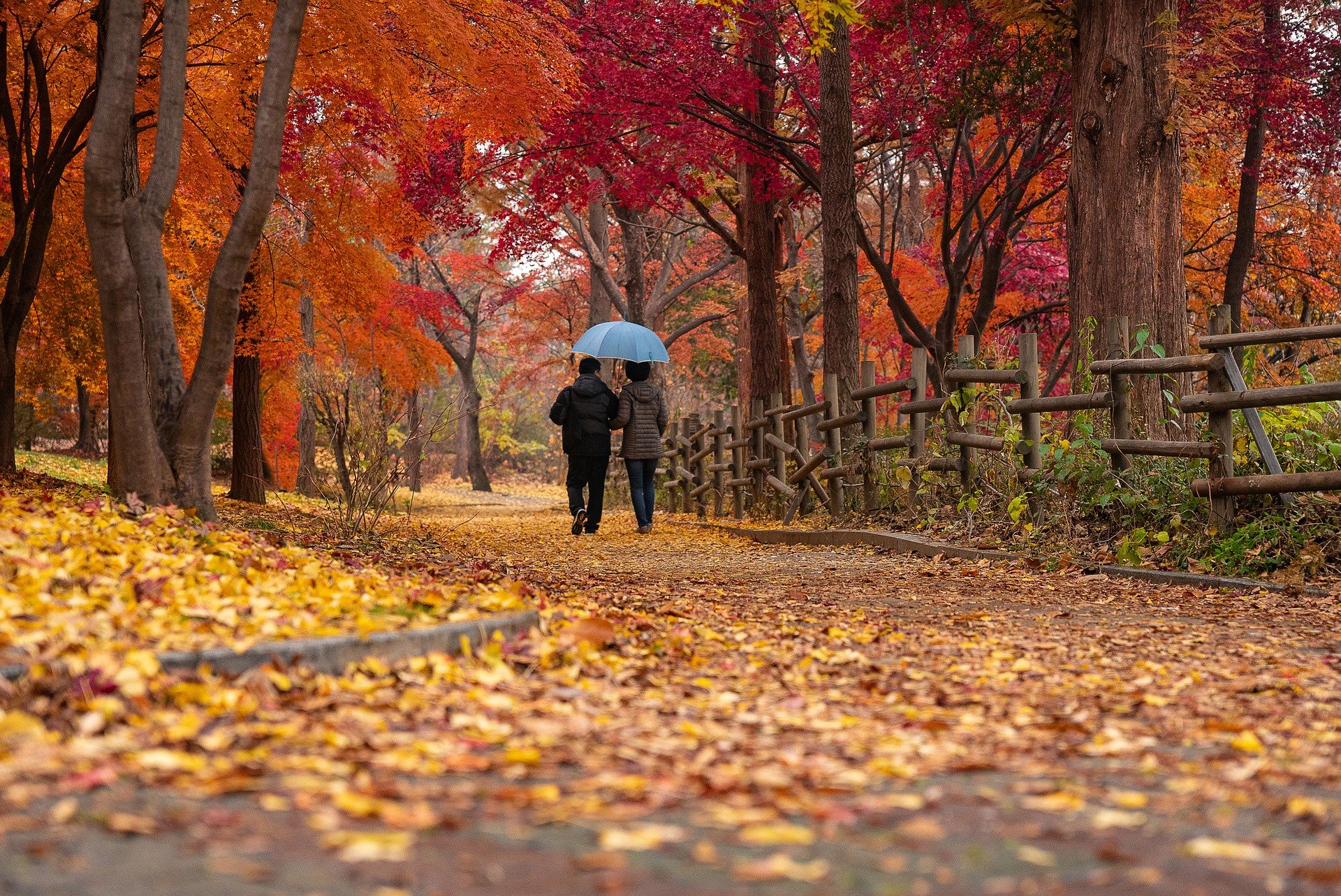 The GWSA arose from roots dating before 1970, when many seniors clubs were organizing activities for themselves. In 1972, a downtown Centre opened at the Old Governor’s residence behind the jail on Douglas Street. In 1975, the Guelph Senior Citizens Council (GSCC) started as the brain child of the then Mayor Norm Jary.

The Sentinel newsletter was born in 1976 from a New Horizon grant, with articles from sixteen seniors organizations. The GSCC moved from Douglas Street to the Delhi Recreation Centre in 1980. A monthly “Evergreen Report” appeared in the Guelph Mercury. By 1983 the GSCC represented ten Seniors Clubs plus ten seniors residences across Guelph.

After the seniors and the Rotary Club of Guelph made a presentation to the Guelph City Council, a Senior Citizens Advisory Board recommended a new Centre serve as a focal point and administrative headquarters for seniors programming.

The Guelph Wellington Seniors Association (GWSA) was adopted as a new name in 1988 with 600 members, was incorporated in 1989, and obtained charitable and not-for-profit status.

The Victoria Recreation Centre and the former Bowlerama sites were considered as possible locations for a new centre, and the promise became possible when the City purchased the latter site. A buy-a-brick fundraising campaign was launched, and seniors raised $1.2 million as their contribution to building the $2.8 million Evergreen Centre. $450,000 was contributed by the local Rotary Foundation which included an amount from the Estate of local businessman, Jack Skov for $350,000. The balance came from City funds, other grants, and major corporate and personal donations.

The Evergreen Centre opened on February 19, 1992 as one of Canada’s finest seniors facilities.  Since the opening, the GWSA and the City purchased adjacent retail space which was converted into additional room space.

The GWSA remains true to its member-driven base and continues to evolve through strong partnerships to address the needs of seniors across the community.

Sign up to receive current news about GWSA programs, activities, and events. There is no cost or obligation and you can unsubscribe at any time.

Become a Member or Volunteer Today!